Once children have demonstrated that they can isolate the beginning sounds of words, the next foundational step in learning to read is introducing the alphabetic principle (phonics).

Through mastery of this skill, your child understands that letters are used to represent the sounds of speech. In their book, “Road to the Code,” Benita Blachman Ph.D. and Eileen Ball Ph.D. tell us that successful educators need to help their students learn how the letters of the alphabet constitute speech. It’s time to explore what is commonly called phonics.

Use our checklist to determine exactly where your children are at on the path to reading. Give your children simple tests to reveal any specific gaps in their skills that need filling in. All the materials you’ll need to build those missing skills are included.

Phonics involves speech sounds and how they correspond to written letter or letter combinations. In their book, “The ABCs of CBM,” Michelle and John L. Hosp and Kenneth W. Howell tell is that pupils who are able to distinguish letter sounds and read simple words in preschool and first grade are much more likely to perform better later on in higher grades.

English can be difficult to learn because there’s not always a simple and direct correspondence between letters and sounds:

The Common Sound of Letters

Keeping this in mind, the best way how to start teaching your child the alphabetic principle is to introduce the most common sound for each letter. Even though the letter ‘c’ can say /c/ as in ‘car,’ and /s/ as in ‘city,’ it’s best to teach the most common sound of the letter ‘c,’ which is /c/. When your child has mastered these common letter sounds and is reading phonetic 3- and 4-letter words, your child can then begin learning the alternate sounds that letters make.

Teaching young children just one sound per letter is important at first because you avoid confusion and build solid beginning reading skills. Many studies have shown that difficulty linking letters with their sounds is the number one source of reading difficulties for many children. GR Lyon, in “Journal of Learning Disabilities,” states that students who struggle with reading are hesitant with frequent starts and stops and many mispronunciations.

You can free your child from struggle and frustration simply by following the recommendations we outlined here and using our products below, which are based on this phonics principle.

Guidelines for Teaching This Principle

Here are some important guidelines to consider when working with a beginning or struggling reader. These will help give them a firm grasp of the alphabetic principle:

Present Only Letter Sounds that are the Most Common

There are 10 letter symbols that create numerous separate sounds. Additionally, certain letter sounds may be expressed by various letters or letters that are combined together.

However, you should wait until your child has mastered the common letter sounds before introducing these more advanced concepts. First, help your student grow a solid working proficiency of the fundamentals before going onto higher learning.

Only Teach with Lowercase Letters to Begin With

95% of written text is comprised of lowercase letter symbols and just 5% is made up of capital letters. At this stage in reading development, it’s just sound judgment to present lowercase letters exclusively. Also, it helps avoid puzzling your child with various forms for the same letter.

It’s vital to work on what’s most relevant. In this particular situation, regardless of the powerful cultural model of teaching the name of the letter, you’ll be far more successful teaching the sound of the letter. Many teachers worldwide, particularly in Montessori schools, have enormous successes training their young students to name each letter symbol in an unusual way. These teachers have found great success by having children name the letter according to the predominant sound it makes. An example of this would be calling the letter “a,” /a/ as in apple.

Make Use of “Key” Images together with Letter Symbols

This means working with a consistent letter symbol paired with an object, for example, presenting the letter ‘a’ coupled with an ‘apple.’ Your child can utilize his previously acquired phonemic knowledge to detect the first sound of this word, the /a/ of ‘apple,’ and then, by association, detect the alphabet letter.

An example of the process of working with our products is: The child views the ‘a’ letter on the card matched with an image of ‘apple.’ Next, he detects the /a/ sound as the beginning letter and says /a/.
To properly use and learn this next step, it’s important for youngsters need to utilize their previously obtained phonemic awareness skills to work out this association independently with the help of a key picture coupled with each letter. Later, matching games can be introduced, where other images are phonetically matched to the same letter.

Get these to Teach the Alphabetic Principle 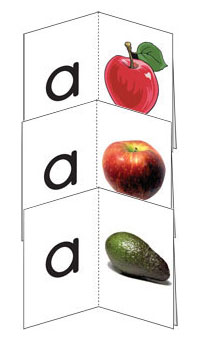 These lessons help emergent readers learn the first sound that each letter makes, which is the initial building block in the reading foundation you’re helping your child build. Each letter is associated with a picture. Your child holds the card and says, “a a apple” and so on to reinforce each letter sound. These lessons include complete instructions for assembly and use. 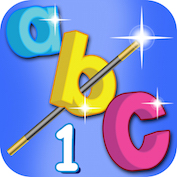 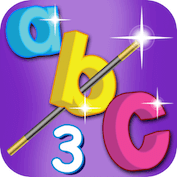 This app helps your child master the letter-sound connection. It uses four different games to help your child develop and reinforce their knowledge of the sound each letter makes. Each game involves seeing letters and hearing sounds. Your child learns to choose which sounds do or do not match the letter(s) being shown.

This game app teaches your child to listen for and discriminate the beginning, middle, and ending sounds of words. It has 12 different and fun game combinations to challenge your child and help them develop strong phonemic awareness. This is the most advanced letter sounds app in the Preschool University alphabetic principle series. 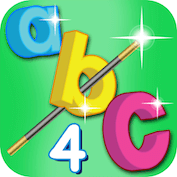 This app tests your child and helps to master the letter/sound connection. It features four new and fun games that help your child learn quickly and reinforces their knowledge of the sound each letter makes. This app challenges your child by not having the letters say their sounds when touched. 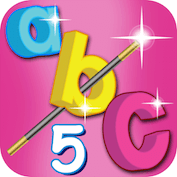 This stand-alone app includes ten lessons that help your child practice all the key areas of the alphabetic principle. Letter sounds, letter symbols and phonetic images are all used in various combinations to provide your child an in-depth experience and practice of the functions and usage of letters. 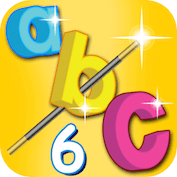 This stand-alone app is designed for advanced beginners. It includes 11 game variations that help your child practice all the key areas of the alphabetic principle. Letter sounds, letter symbols and letter usage are all used in various combinations to provide your child an in-depth experience of the function and usage of letters. 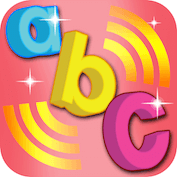